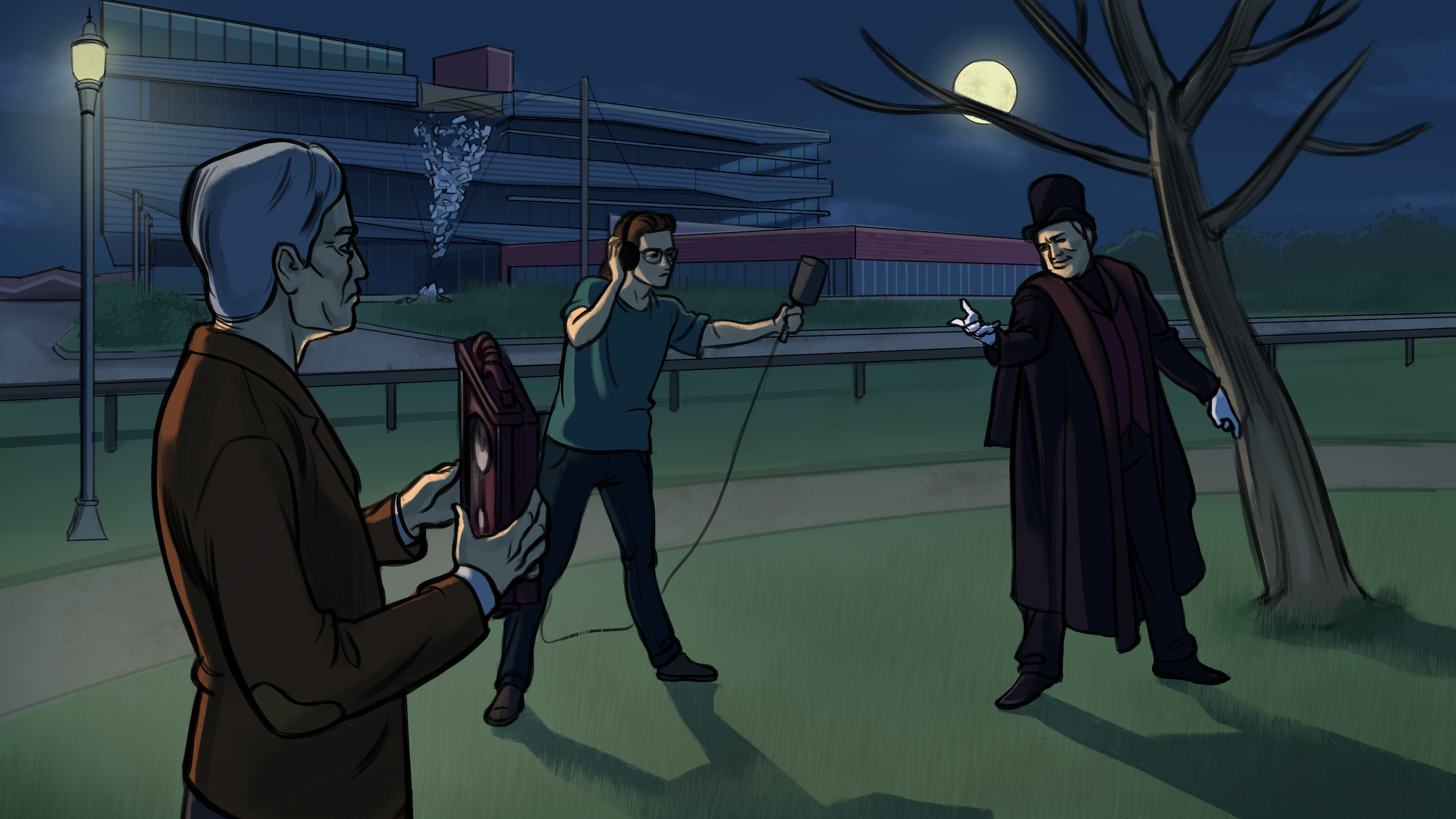 In the season finale, as Sam and Geoff arrived in Sulphur to interview Tanya McCoy, they receive a FaceTime call from Detective Valerie James about a fifth murder. The two talk with Tanya about ghost stories in Sulphur, Ada, Blackwell, and other small towns, as well as the Skirvin Hilton Hotel in Oklahoma City. A few days after the interview, Geoff requests Sam to join him outside the Norman Public Library, where Geoff plans to confront George Grayson.

The Show Starts Now Studios was proud to bring you season four of Tales Unveiled with producer Dennis Spielman. Dennis was the voice of Sam Saxon along with his co-host, Jeff Provine as the voice of Professor Geoff DeRoot, Kristy Boone as Detective Valerie James, David Moxley as George Grayson, and Leslie Spielman as Anastasia Wheeler and the voice of the end credits.

If you love what we’re doing, want us to keep being artist-owned and fan supported, please join us on Patreon. In return, you get bonus content, including early access to other shows from The Show Starts Now Studios!

Stay tuned as the studio has exciting projects coming in 2021!