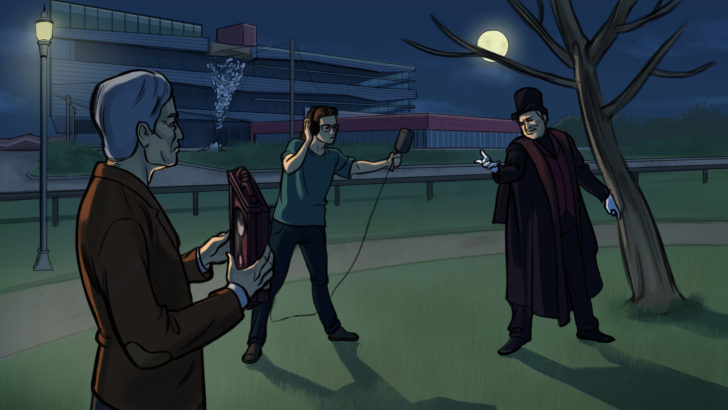 In the season finale, as Sam and Geoff arrived in Sulphur to interview Tanya McCoy, they receive a FaceTime call from Detective Valerie James about a fifth murder. The two talk with Tanya about ghost stories in Sulphur, Ada, Blackwell, and other small towns, as well as the Skirvin Hilton Hotel in Oklahoma City. A few days after the interview, Geoff requests Sam to join him outside the Norman Public Library, where Geoff plans to confront George Grayson. 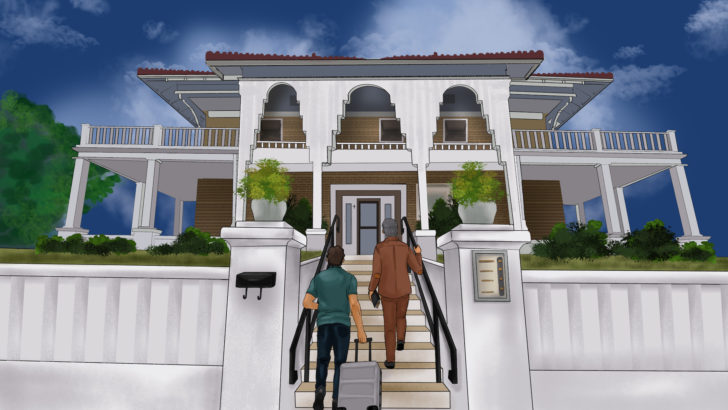 Sam and Geoff travel to Sulphur, Oklahoma where they meet Linda and Emily to talk about Flower Bluff Manor as well as other tales of the town. During a tour of the bed and breakfast, Sam captured an EVP from one of the residents.

After touring the manor, Sam and Geoff meet with Detective Valerie James in regards to a fourth murder victim. 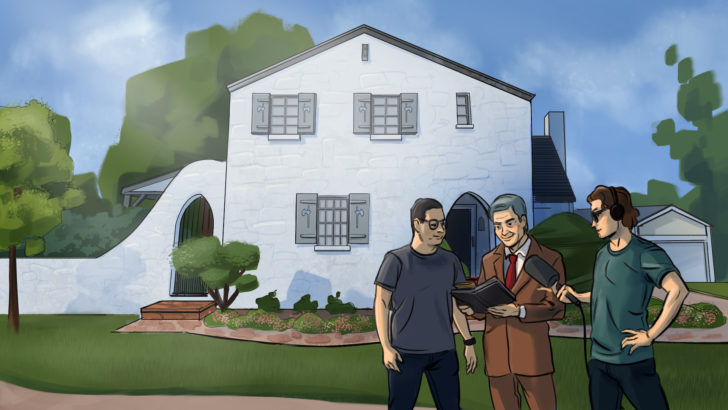 Sam and Geoff meet up with Ryan Fogle of Ride OKC at a new coffee shop called NEON in Oklahoma City’s Plaza District. From there, Ryan leads the group a few blocks north to the corner of NW 18st Street and Carey Place where they discuss the murder at the Hatchet House. Sam and Geoff get a call from Detective Valerie James and they began to notice a pattern in the murders. 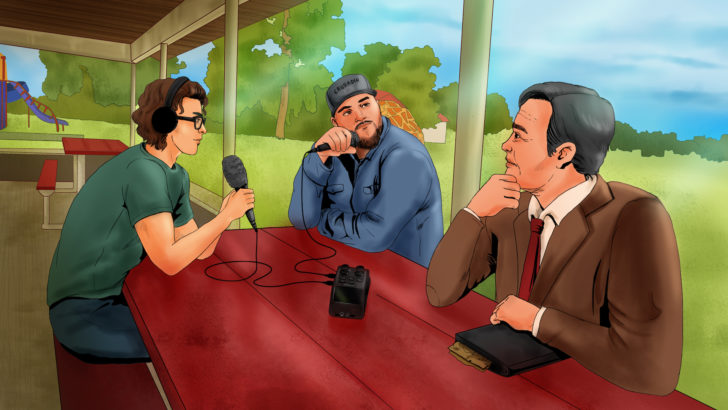 Sam and Geoff travel to Wynnewood where they interview paranormal investigator John Mcqulliam. They talk about the Eskridge Hotel, Turner Falls, and the Lady in White at Veteran’s Lake. After the interview, Sam and Geoff visit Oklahoma’s other gravity hill, Magnetic Hill in Springer. Then as they’re heading home, Sam receives a voicemail from Detective Valerie James about a second murder. 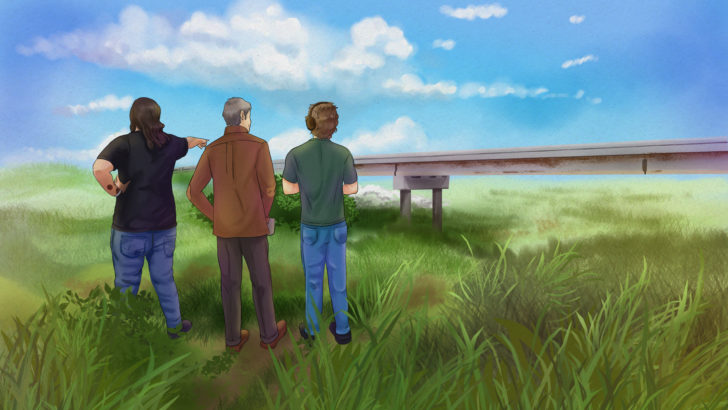 In the season four premiere, Sam and Geoff travel to Weatherford, Oklahoma to meet Nathan Gunter at the Heartland of America Museum on Route 66. After touring the historical museum, Nathan takes Sam and Geoff to the location known as Dead Woman’s Crossing. 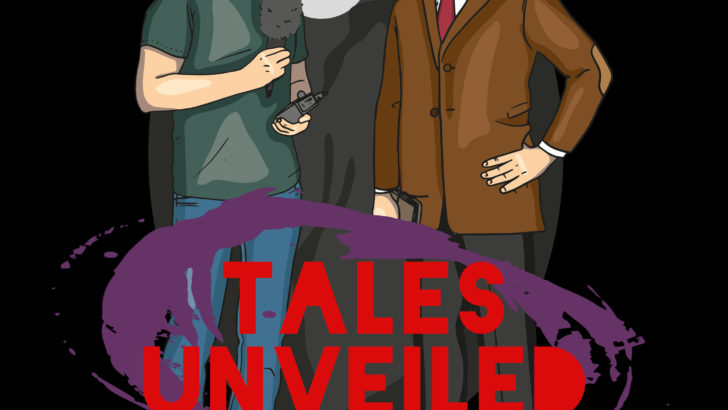 In the season three finale of Tales Unveiled, Sam invites Geoff to the TSSN studios’ storage room to see if there are any tools to help the professor open the mysterious box he received on Halloween. Inside, they find some documents from someone they didn’t expect to hear from. 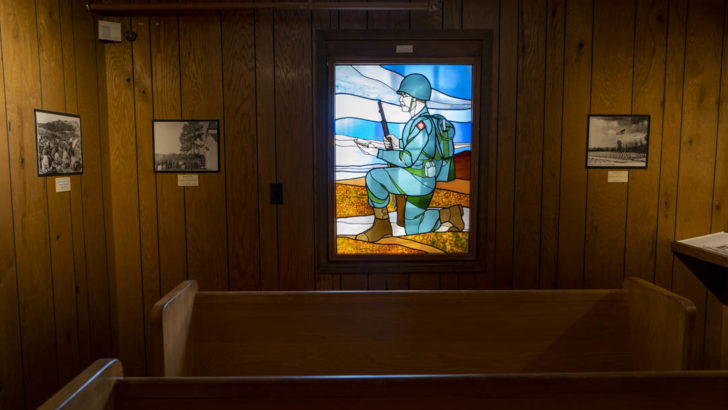 Inspired by his fortune, Geoff invites Sam to visit with Michael Gonzales at the 45th Infantry Division Museum. The museum’s curator talks about his first encounter and the findings of paranormal investigators who have visited. 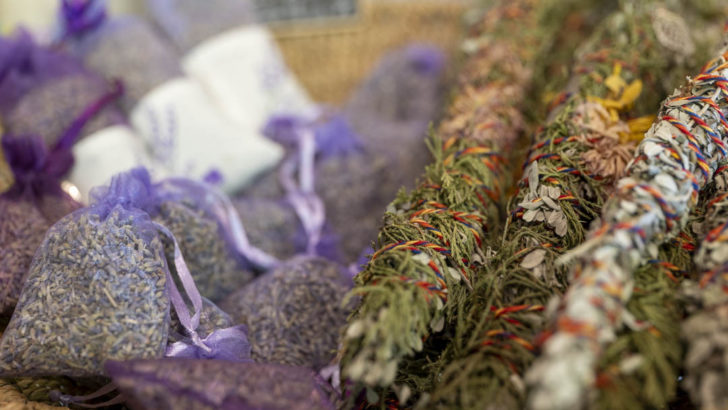 Sam and Geoff visit with Tanya McCoy, author of the new Haunted Shawnee book, for stories about the town. They discuss tales about the Aldridge Hotel, the ghosts roaming Shawnee’s train tracks, Oklahoma’s mining towns, and how to keep dark spirits from following. 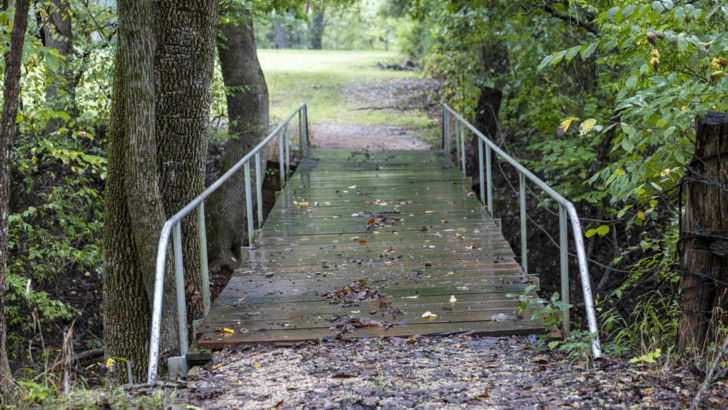 In this second installment of ghost stories about Fort Washita, Sam and Geoff hear tales about spirits at a bridge, the stickball post, an unsettling experience at a rendezvous event, and more the cabin. 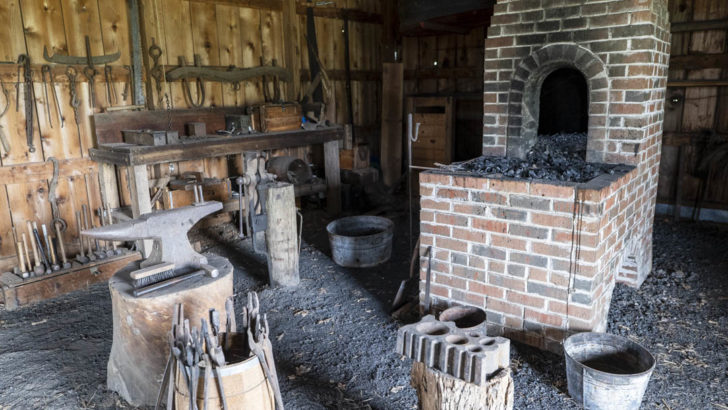 With Fort Washita closed and no plans for any ghost tours, Sam organizes an interview for storytellers to share their tales. In this first of two parts, hear the history of the fort and spooky tales involving the parade grounds, vanishing dogs, the west barracks, the blacksmith shop, and the spring-well head.