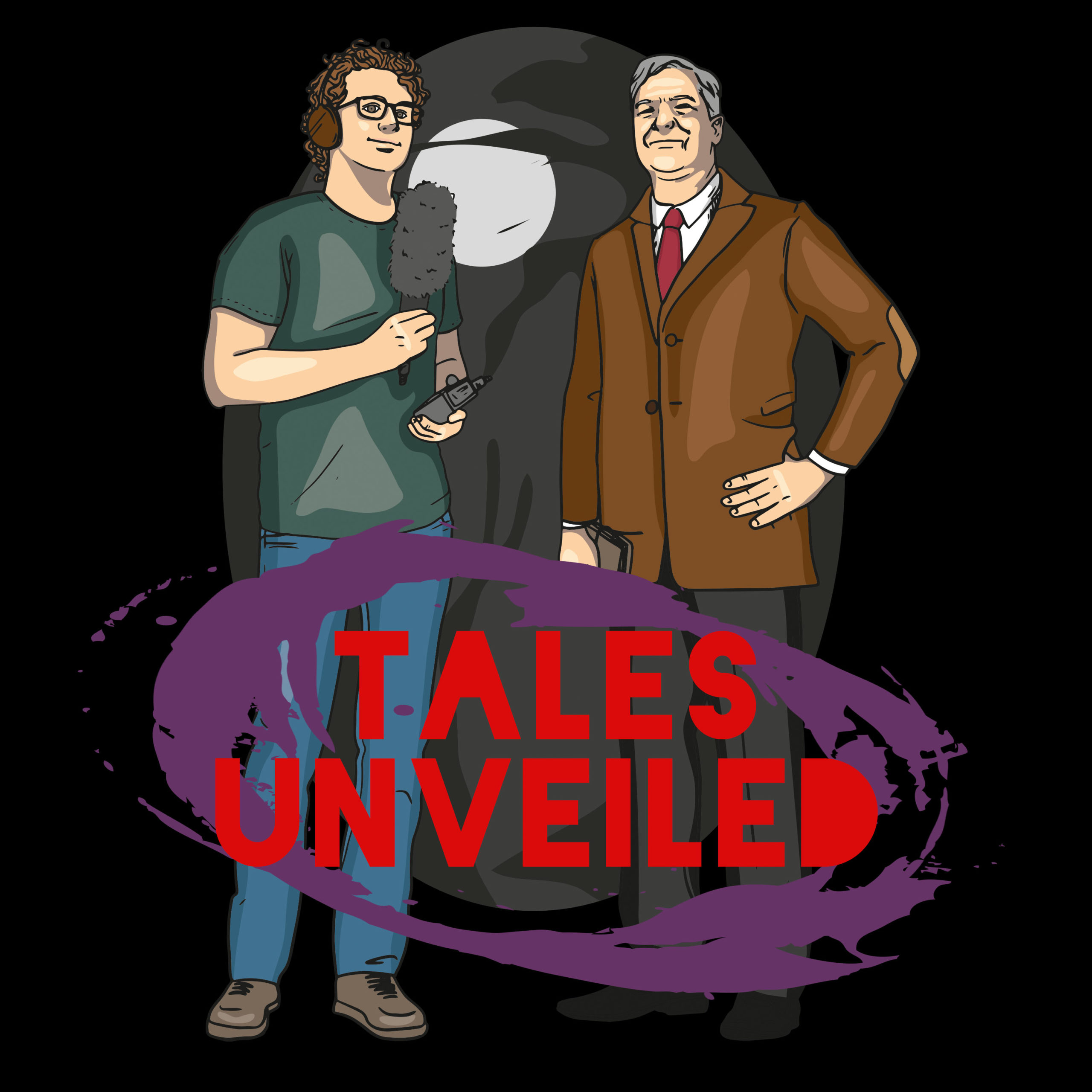 In the season three finale of Tales Unveiled, Sam invites Geoff to the TSSN studios’ storage room to see if there are any tools to help the professor open the mysterious box he received on Halloween. Inside, they find some documents from someone they didn’t expect to hear from.

The Show Starts Now Studios was proud to bring you season three of Tales Unveiled with producer Dennis Spielman. Dennis was the voice of Sam Saxon along with his co-host, Jeff Provine as the voice of Professor Geoff DeRoot. The voice of Wendell Holmes-Harrison was Paul Evans.

Make sure you’re a patron supporter because you’ll get super early access to new episodes of season four before it premieres in the fall. For show updates, follow Tales Unveiled on all the social media and make sure you’ve subscribed to the podcast via your favorite player for the latest episodes. Also, be sure to follow The Show Starts Now Studios to keep in the loop about other productions.

Until next time listeners, happy adventures.